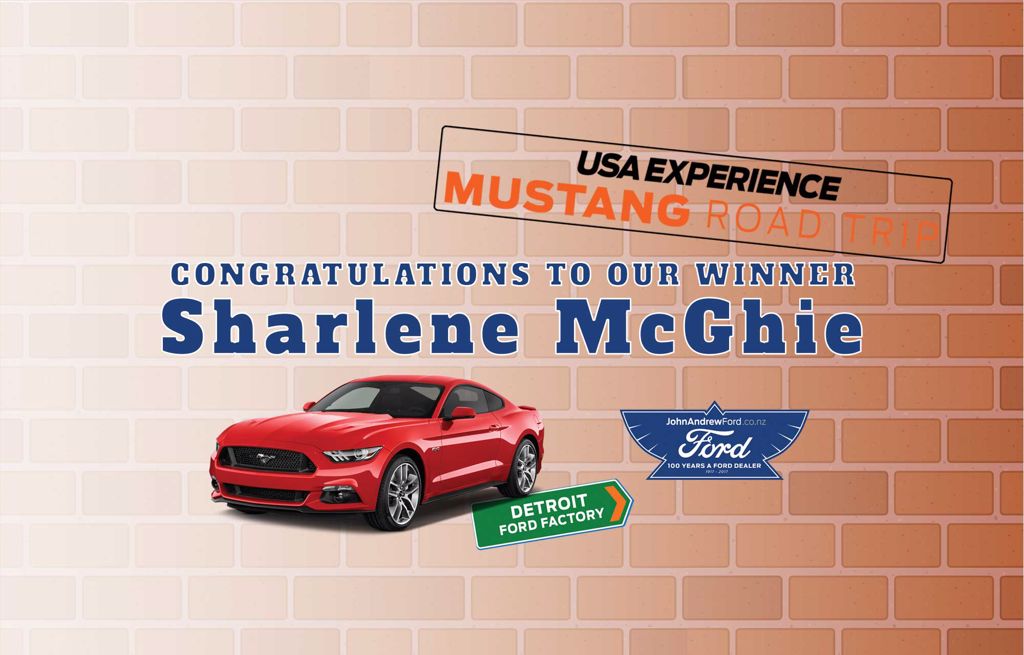 The New Year has started off with a bang for Sharlene McGhie, the lucky winner of John Andrew Ford’s USA Mustang Road Trip Competition.

In celebration of John Andrew Ford’s 100 year anniversary in 2017, John Andrew Ford put this awesome trip for two to the USA up for grabs. The trip includes a 16 day Mustang road trip across America, a tour of the Ford factory in Detroit, and flights and accommodation throughout the journey.

Running across 10 months, from the 1st March 2017 - 31st December 2017, the Mustang Road Trip competition saw hundreds of entries – as everyone who purchased any New, Used or Small Fleet vehicle from John Andrew Ford was in to win!

Our lucky winner Sharlene bought a 2016 Holden Astra from the John Andrew Ford Used Vehicle Yard on the 12th August 2017. When we gave her the call to let her know the good news, Sharlene couldn’t believe it, thinking we were pulling her leg. Sharlene and her partner are already looking forward to checking out the Ford Factory and making the most of the American roadtrip.

Full prize details are outlined below: